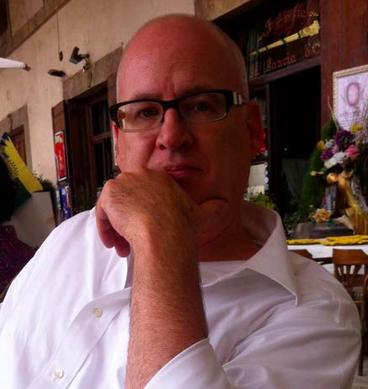 ​I am a writer, artist, scholar, cultural critic, and queer/gender theorist. I have a Ph.D. in 16th & 17th English poetry. Now, however, I've returned to creative writing, which I began back in my 20s with an unpublished coming-of-age-novel, and a few short stories that appeared in The Commuter Monthly. I also work with traditional crafts but layer them with texts in what I call a practice of (text)ile.

In January of 2017, I graduated with an M.F.A. in Creative Writing from Bennington College. My memoir, The Dark Eclipse: Reflections on Suicide and Absence, will be out in December 2018 from Bucknell University Press in collaboration with Rutgers University Press. In the book, I take the source documents concerning my brother Mike's suicide, and write essays that explore my relationship to Mike, and our relationship as gay siblings growing up in a conservative and often hostile environment.

Under the "publications" tab, you can find my creative nonfiction that has appeared in Sheepshead Review, If and Only and If, Gertrude Press, Away Journal, and, coming out this fall, in Broad Street.

In the "(text)ile" tab are three art works. The 9-11+11+7 is a felted afghan that is meant to stand in for the inexpressible experience of 9-11. The Martin Cross is a reproduction of an Agnes Martin painting that is overlaid with a tale from Ovid's Metamorphosis. And Klee Bowles is a piece that I'm just now starting that interprets a painting by Paul Klee and the works of Paul Bowles. You can also learn about my burgeoning weaving practice.

​Thank you for visiting.